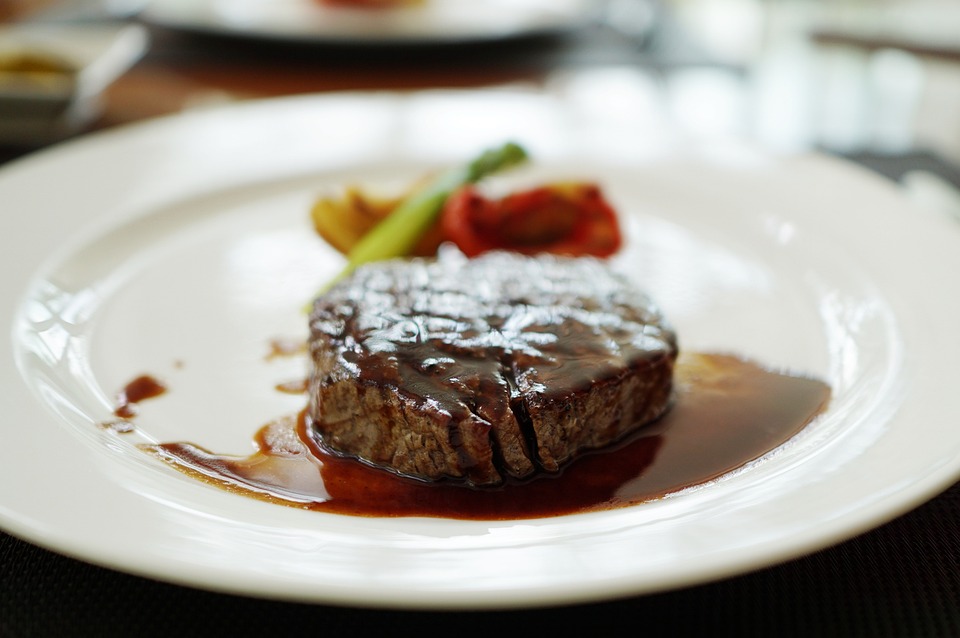 The weather can be warm or cold and the urge to toss a steak on the grill can still hit! But what if you get the fire going, the charcoal perfect, and the steaks lightly seasoned to perfection only to find out you’ve run out of steak sauce? Have no fear! The BBQ Dragon Blog is here to save the day with what is possibly the easiest steak sauce recipe ever complete with bonus flavor options! We’ve touched on quick and easy sauces in past posts but the subject requires a closer look.

Condiments for cooked meat have a somewhat tainted history. Back in the day condiments such as ketchup/catsup, steak sauce, and other flavor boosters were mostly used to cover up the smell and taste of bad meat. According to historians the original form of ketchup has Asian roots and uses fish sauce as the main ingredient. Fast forward to the late 1800s and variations of the sauce could be found in shops across the country. However, these sauces were often as spoiled and as nasty smelling as the meat they were splashed on. In fact, many of the concoctions were made of questionable and dangerous ingredients such as coal tar and early preservatives which probably caused all kinds of illnesses.

According to National Geographic, the ketchup industry had become a dangerous place for consumers. “some producers handled and stored the product so poorly that the resulting sauce contained contaminants like bacteria, spores, yeast, and mold—leading French cookbook author Pierre Blot to call commercial ketchup ‘filthy, decomposed and putrid’ in 1866.”

Hat’s off to Henry!

Consumers became weary of the sauces sold in dark green or brown bottles including a couple of foodies by the name of Dr. Harvey Washington Wiley and Henry J. Heinz. Wiley championed a move towards preservative-free consumer goods made with high standards and Heinz had started developing his ketchup and sauce recipes. Heinz developed a recipe that used “ripe, red tomatoes—which have more of the natural preservative called pectin.” The Heinz recipe also used much more vinegar than his competitors to reduce spoilage. People seemed to like the taste and the fact that the product was sold in a clear bottle allowing the buyer to see the contents. In 1905, the company had sold five million bottles of ketchup!

Heinz also is known for the companies brand of steak sauce which is often referred to as being “Ketchup with a Kick!”

So how do modern ketchup and an easy steak sauce recipe come together? Simple, grab some ketchup and let’s get started!

Are you ready for the easy steak sauce recipe? This recipe is one of my favorite “cheater recipes” which I term as such because the recipes that fall under this label are so easy it’s almost like cheating! Here’s the recipe;

Now, let’s add some bonus flavor with a few ideas that may get your own tasty concoction ideas flowing! One hint, make your base sauce and use a few spoonfuls in a bowl to test with instead of using the whole batch.

When you start adding flavors, spices, or minced veggies you probably want to move past the mix in a bowl and serve method. Warm in a saucepan to better mingle the flavors. Serve cool or warmed and if there is any left you can keep it in the fridge for a few days.

Also, consider using your finished blend as an injectable marinade with the BBQ Dragon Injector!

Author Bio: Kent Whitaker, also known as “The Deck Chef,” is an award-winning culinary writer and cookbook author. He’s also penned Young Reader, NASCAR and History titles. The former winner of the Emeril Live Food Network Barbecue Contest also covers football, motorsports, and bass fishing. Kent currently lives in East Tennessee with his wife, son, and a couple of dogs that love when he fires up the smoker or grill. You can reach out to Kent at www.thedeckchef.com, Facebook, Instagram, and Twitter @thekentwhitaker.

Grilled Chicken in a Cheese Philly? We Vote Yes!
0 replies

Want to join the discussion?
Feel free to contribute!